Introducing Vector – the Future of Extensometry 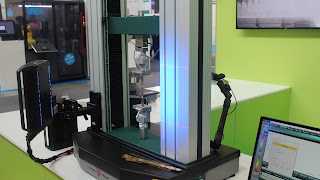 Revolutionising the World of Plasma and Corona Surface Treatment Systems 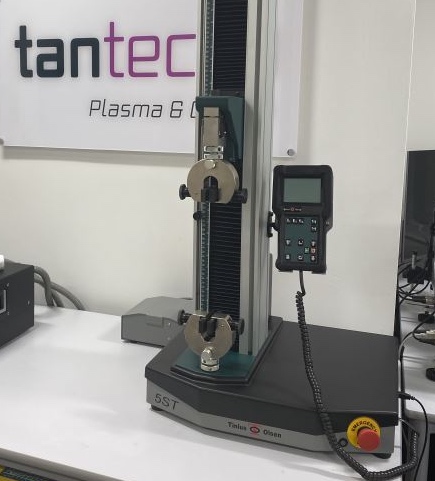 Tantec UK & Ireland manufacture Plasma and Corona Surface Treatment Systems, which improve the surface of materials, especially non-stick polymers like polypropylene, so that they can be adhered to when bonding, printing and coating. The company has a rich history supplying some of the world’s leading manufacturers since 1974, producing plasma and corona surface treatment systems for cutting-edge industries including aerospace, automotive and medical. Their products play a critical role in everyday life. Revolutionising the world of surface treatments by inventing plasma and corona systems for 3D components, Tantec have continued to operate at the forefront of the sector, being one of the few organisations worldwide specialising in both technologies.   “For almost half a century we were developing thousands of surface treatment solutions and we continue to work closely with a broad range of industry sectors, supplying standard and bespoke systems to meet their requirements,” says M
Post a Comment
Read more 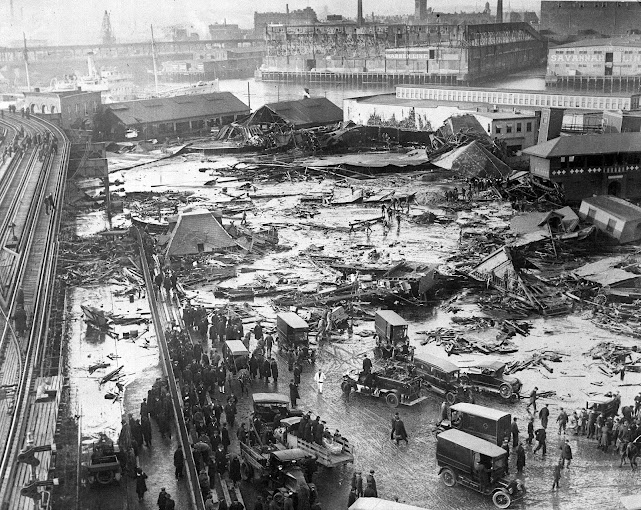 Major incidents and disasters down the years have helped shape the modern world of materials and structural testing to recognised International Standards. One such example happened in Boston over 100 years ago……………….   There have been many accidents and disasters over the years that could, and should, have been averted by effective materials testing. Indeed, on more than one occasion, with any materials testing at all! One such incident was the Great Molasses Flood, also known as the Boston Molasses Disaster, which occurred on January 15, 1919 in the North End neighborhood of Boston, Massachusetts.  The tank at 529 Commercial Street before the disaster A large storage tank filled with 2.3 million US galloons, weighing approximately 13,000 short tons, of molasses burst and the resultant wave of molasses rushed through the streets at an estimated 35 mph (56 km/h). The event entered local folklore and residents claimed for decades afterwards that the area still smelled of molasses on hot
Post a Comment
Read more 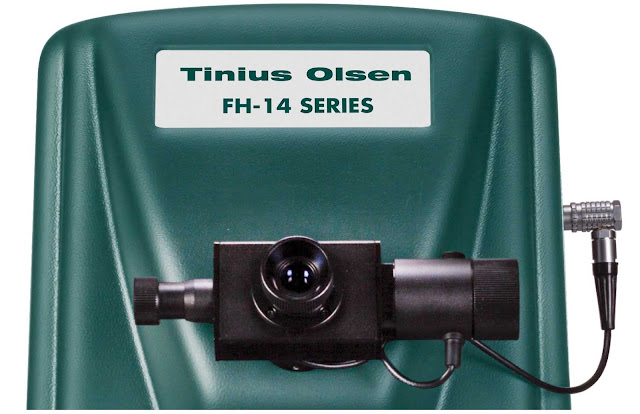 A new generation of instrument has been added to our highly successful FH Series of hardness testers - the Micro Vickers, Vickers and Micro Brinell FH14  The machine has improved on conventional hardness testing methods, with the introduction of features such as digital/optical image evaluation and combined   intuitive operator software, helping eliminate operator influence on final test results.   The incorporation of a unique force actuator system, which utilises an electronically controlled closed loop system and advanced force sensor technology, also allows for  forced feedback data to achieve absolute accuracy, reliability and repeatability on each of the forces used for a specific test. “In addition to the advanced electromechanical force application system, the FH-14 offers superior quality mechanical and optical components, as well as innovative software functions of I-Touch™ workflow control,” said Sean Malloy, Hardness Application Testing and Technical Specialist at Tiniu
Post a Comment
Read more

From Superheroes to Super Science……… 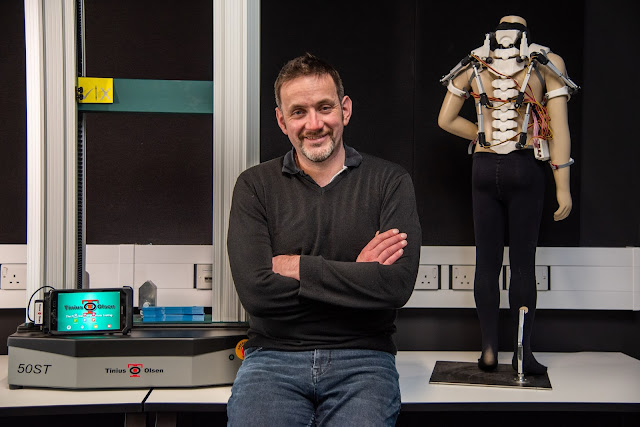 Robotic exoskeleton technology has been with us for almost sixty years but the most recent advances in its composites base could see it being an integral part of missions to Mars in the 2030’s. A more detailed technical analysis of the composites engineering utilised in the development of the exoskeleton can be found by listening to an Inform webinar, produced via IOM3, via  https://vimeo.com/563847105/6cdf28dbdf To many of us the term exoskeleton is reserved for the realms of science fiction or conjures up images of body armour clad superheroes such as Iron Man or even Batman. Although the vast majority of these have sprung from the fertile imaginations  of artists and writers, the equally fertile lobes within the scientific community are turning this science fiction into science fact. An exoskeleton is a rigid structure that wraps around the body and is often used to assist joint movement. This ‘exosuit’ try ’ s to act like an artificial muscle, aiding the wearers’  muscles to contra
Post a Comment
Read more

From Gloucestershire to Galway…….. 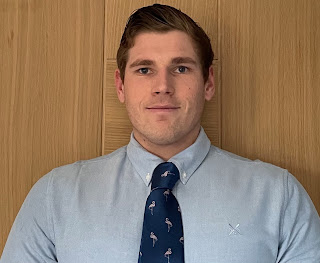 The Tinius Olsen Sales Team are spread all over the world, from the USA to China and almost everywhere else in between. George Jackson is an excellent case in point.    George is originally from Gloucestershire, where he spent a lot of his time playing rugby! He started at under 8’s and progressed all the way though the age groups to play for Thornbury RFC, with the highlight playing a cup final at the memorial stadium in Bristol – the old home of Bristol Rugby.    He also represented Bristol combination U20’s and his County at U20 level playing on major rugby grounds such as Gloucester’s  impressive ground, Kingsholm and the REC in Bath.   “I don’t get much chance to play these days, with my role here at Tinius Olsen taking priority. There’s also the Covid situation but never say never. If I never pick up a rugby ball again I have a huge number of great memories to look back on,” said George.    Starting his career in engineering with a Renishaw apprenticeship in 2012, beginning as
Post a Comment
Read more 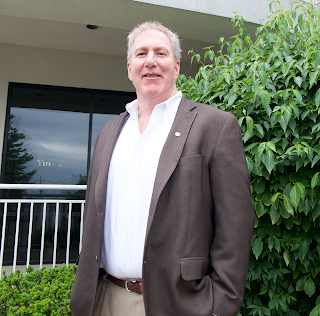 Technical experts at Tinius Olsen have contributed their technical prowess to industry publications and their readers for many years.  This month one of the leading titles within the plastics industry, Plastics Technology, have published an excellent interview with our own Applications Specialist, Harry Yohn. The feature takes an in-depth at the use of a melt indexer, such as the MP1200, to test the melt flow rate as defined by current test standard procedures.   Harry has been a product applications specialist for Tinius Olsen since 1996 and has nearly 32 years of experience in mechanical and testing of plastics. He is also Vice Chair of the ASTM International Committee D20 on Plastics, as well as Subcommittee Chairman for the Thermal Properties group, D20.30. He has also been honored with several ASTM Service Awards. In the Plastics Technology interview, Harry suggests that although all operators say they follow the published test standards, such as ASTM D1238 or ISO 1133, not all ar
Post a Comment
Read more
More posts